The Past, Present, and Future of Home Automation

The Beginnings of Home Technology

While the potential of electricity for domestic use was discovered around 1882, it wasn’t until the 1920’s that it started to become a staple in most homes. Even then, only about half of the households in the United States had access to this innovation. In many ways, electricity was the beginning of technology in the home. To say that we’ve come a long way since then is an understatement.

It wasn’t long before inventors and manufacturers recognized the potential of electricity for domestic use. By the mid-1900s, homes boasted a wide range of features that were unimaginable the decade before. Everything from refrigerators and washing machines to blenders and toasters was taking the country by storm. It wasn’t smooth sailing for these brands, however. Household machines meant to make life easier were expensive, bulky, and often tough to use. For example, when the microwave hit the market in 1947, it was almost six feet tall and weighed approximately 750 lbs. Lucky for us all, home devices have gotten smaller, sleeker, and more advanced since then.

Home automation today may not be as advanced as the early 1960’s tv show The Jetsons imagined it would be. There are no devices that groom you from head to toe nor has the flying car taken off just yet, but Rosie the robot may have been an accurate glimpse into how a house could accommodate our daily needs. Sure, our devices don’t glide around with a duster, offering emotional support when we’ve had a tough day, but it’s not uncommon for a home to have several different “robots” that talk, clean, and make life altogether easier. For many, the first signs of home automation began with items that, today, seem outdated – thermostats, the Clapper (a device that would turn lights on and off by clapping your hands), and answering machines are just some devices that opened the doors to today’s advancements.

How Homes Use Technology Today

Fast forward to present day and it’s standard for the average home to have a virtual assistant such as Alexa or Google Home. These devices allow you to set timers, create lists, ask questions, and play music by simply making the request. Nothing is unknown when the internet is literally on the tip of your tongue. Vacuums with motion sensors let you keep your floors clean with little thought, and wireless LED light bulbs can be controlled from your phone. Home security has also never been more evolved than it is right now. Video doorbells allow you to see who’s at the door from your phone screen. You can even interact with your guest which is a great way to intercept those pesky package thieves. Want to control your door locks, garage doors, and security cameras all from your phone or tablet? No problem. Everything from smart faucets with motion sensors that help conserve water to digital refrigerators featuring touchscreens and voice command helps make the home an ever-evolving hub of connectivity.

The next step in home technology is connectivity, otherwise known as home automation. Home automation is having all your devices connected to the internet. This concept goes beyond just your phone and computer. Imagine being able to control everything in your home with the touch of a finger. Your appliances, hot water heater, window blinds, entryways and anything else you can (and cannot) imagine all communicate with each other, send you information, and can even be manipulated by you, the user. This is all possible via the Internet of Things (IoT), a giant network of connected “things” all connected to the Internet and designed to be controlled remotely.

Imagine having your bed alert the coffee maker to begin brewing each morning when you begin to stir or a refrigerator that can detect when you’re running low on milk and orders more. With home automation, these scenarios are not unrealistic. On the flip side, remember when you used to have to manually turn the channel on the television or go to the library when you were writing a research paper – if you’re of a certain age, of course. It wasn’t very long ago that you had to run towards the radio to press the “play” and “record” button at the same time to record your favorite song on a cassette player. With today’s technology, those instances seem as if they were hundreds of years ago, not twenty.

The Future of Home Automation

While it may seem like we’ve already reached the peak of possibilities in home technology and automation, there is still plenty to look forward to. As devices in the home continue to advance, users can expect significant money and energy savings. Individuals can also expect technology to anticipate their needs and wants before being notified of them. Your home will know when it needs to restock the toilet paper and place an order for more without being prompted. The development of more smart appliances and security can also be anticipated. From lights that turn on and off by themselves without being prompted to doors that open with face recognition, there are still lots to look forward to in this space. Kitchen gadgets are expected to reach new heights as well. Imagine being able to start cooking dinner before you even get home. It may very well be a possibility one day.

More choices are also on the horizon. Consumers are used to having only a few options when it comes to home technology, but as more companies explore the market, there will be more variety that may also be more affordable. Also, be prepared for the rise of voice command. There will be lots of devices that’ll you’ll be able to control by simply speaking.

While technology in the home is an exciting notion and there is still plenty of uncharted territories to be discovered, there are also legitimate concerns. If your digital footprint is compromised, it can affect every aspect of your life. Unlike losing a phone or wallet, that can easily be replaced, you’ll have to worry about your home being disabled and risking strangers gaining access into your life. Also, keep in mind that businesses will track your activity and use that data to influence your purchases. While plenty of people may welcome the individualized service that this is sure to bring, it can be unsettling knowing that so much of your life is being recorded. It’s still not clear how companies plan to store, analyze, and use the mass amounts of data that users will generate via home automation.

The possibilities are seemingly endless regarding technology in the home. As it continues to evolve and gain popularity, users can expect to save time and money. However, a world where everything is connected and shared with big companies seems like something to be wary of to a certain degree. In the end, the consumer will have to decide what they are comfortable with. 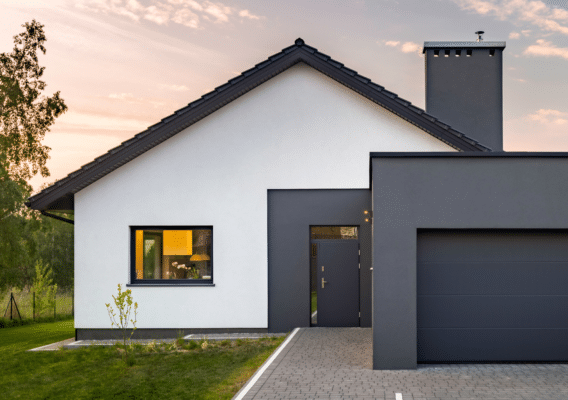 Why Appraisals Are Important

It’s no secret that the housing market has been a bit unusual this year. With low inventory and eager buyers, it has been a dream for sellers while nearly impossible for thousands of homebuyers who have...
Read More 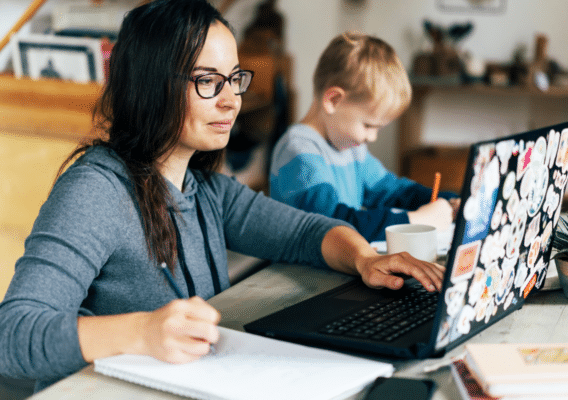 There is no denying that the pandemic has changed the landscape of the traditional office job. As the country began to shut down to help stop the spread of COVID-19, many transitioned to working from home, a possibility that seemed unlikely just months...
Read More 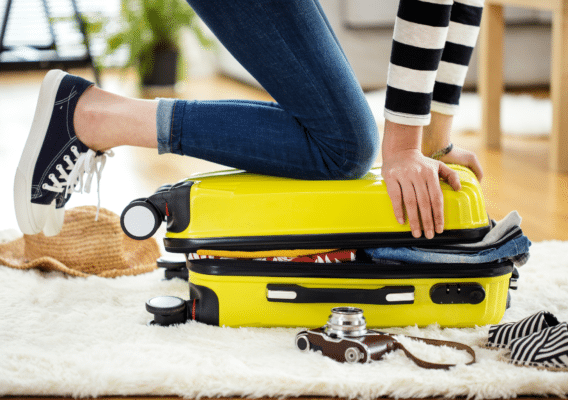 Want to Buy a Home but Afraid of Commitment? No Worries!

Buying a home of your own is a big deal. Not only is it a financial commitment but a commitment to your future self. The many benefits of homeownership include the ability to create a space that is truly your own where...
Read More